Welcome to our 2 new goldfish…. 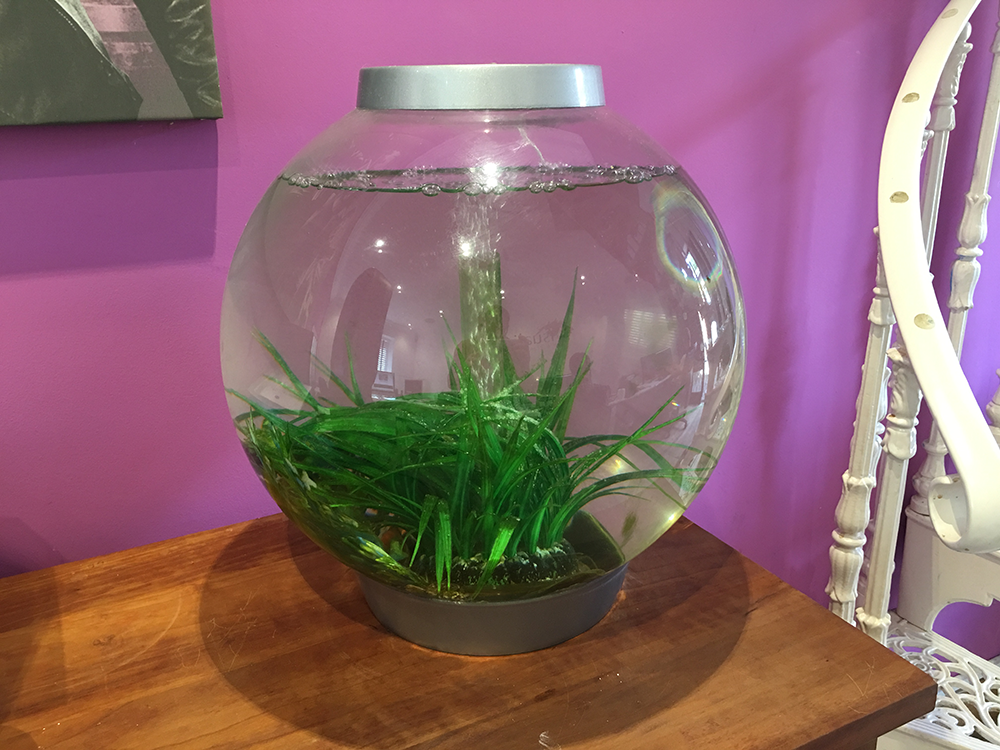 So after the distressing news that happened within the company just before christmas where our long standing compadre goldfish finally did the backstroke down the big fish bowl and entered fishy heaven we thought that the time for morning was over and so last weekend we went to Taverham garden centre and purchased some new fishes to swim happily in the company ‘bio orb’.

We took a long time deliberating over which fish to get, then realised that out of the hundreds of fish available, all weird and exotic, including a ‘dory’ we were told, the bio orb section is over there, which had the choice of goldfish, or… goldfish. so we got to choose from all the goldfishes swimming about. we liked the look of the goldfish in the bottom tank, which wasn’t good as i have a bad back and so quite possibly made the decision that much easier and that much quicker. ‘They will do’!!!! so in this world of political correctness, we chose a black one and a white one, although the white one is more like a tiger! Both have bochy eyes, which actually makes them look like ‘Maz Kanata’ out of the ‘Force Awakens (the one with the goggles on) and yes that’s what i just googled to get the character name!

Whilst buying the fish, we thought we’d get some advice off the kind gentleman who knew rather a lot about fish. He suggested we get only one to start with due to the size of the tank, not being one for advice, we bought two off the bat. He also confirmed, which we didn’t know that cleaning the tank out and filling with fresh water actually dumps all the good bacteria that has built up in the tank while the fish acclimatise. So that now arms us with the evidence that we needed that our apprentice olly, whom got the job of cleaning out the fish before christmas was the one who is responsible for killing him. If Olly disappears from the visualise staff page, you’ll know why!!!! So, we learned something knew, never dump all the water in the fish tank, just take it down to a third full, keep the fish in there and wipe all the green sludge from the side. Take the filter and the stones out while the fish are still in there so as not to upset them too much and give them all a clean and clean off all the fish poo, put it all back together, fill it up with water from the tap, put in some bacteria enhancing stuff in a bottle that the shop man sold to us, and bob’s your uncle, away we go again for another 6 months till we get round to clearing it out again.

So, we welcome our new fish into the visualise studio, hope they enjoy life with us and we wish them a prosperous future. We haven’t actually named them yet… happy to hear a few suggestions in a thread here.

Olly won’t be allowed to clean the fish tank out anymore!